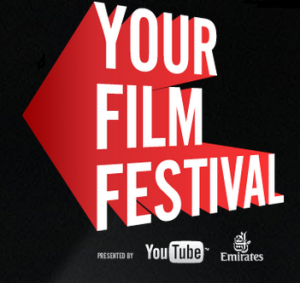 Youtube announced on Feb. 2, along with other directors decided to make a contest. The upcoming youtube film festival entitled “Your Film Festival”.  Open to all video enthusiast and videographers, or just the average Joe who has a unique talent with a video camera can easily compete on this contest. Director Ridley Scott and Micheal Fassbender announces the starting of the festival to encourage aspiring writers, directors and video hobbyist alike to compete globally on this years, or even one time event. The lucky winner will win the $500,000 dollar reward plus the chance to work with an upcoming production film with the great director Ridley Scott.

The challenge is influenced by way of a film made by Scott next year called Life In a Day, which incorporates a large number of online videos to YouTube from all over the world right into a 90-minute film. “Your Film Festival” is surely an expansion of this project, motivating new filmmakers to share with his or her stories in their approaching careers.

The entries are massive and it should be pointed out that among the thousand entries on the film festival the top 50 contestants will only be available for viewing and voting on the festival. People around the globe will vote for these 50 entries and the judges will choose the 10 finalist that will compete on the final challenge. Giving their entries a chance to be screened Venice Film Festival, where a team of judges led by Ridley Scott will choose a winner. See Your Film Festival YouTube

The contestants must be at least 18 years old of age and has skills and talent to make a conceptual video of their stories without breaking some bad breaks on the media, especially copyrighted content. The concept of the festival is to make your video unique and stand-out. Create an original film with the utmost unique content, and a story-line that best suites the audience as well. Please keep in mind that the audience will also be voting for your videos, along with the judges on the top. Voting will starts at June 1st until July 30th.

So, gather up your friends create a story about life, drama, action and anything in your liking to mix them up together and shoot that video. Better hurry though, because the film festival will only accept submissions on or before March 31st, so better mark and that calendar and produce the timeline that you need to finish your project or you’ll end up in “post-production hell”. For Questions and concerns about the contest visit their channel http://www.youtube.com/yourfilmfestival.

Hey guys, If you are bothered by your stock footage’s being piled up, or not sorted and you have a hard time finding them on your hard-drive try and download our new Fast Video Cataloger.

Fast video cataloger is an innovative local content management system for videos files. It will help you work faster and more efficient with your content and reference. It will help you to communicate better with others involved in the video production process.