I just installed a test version of Windows 8 in a virtual machine to see get an early look at how Fast Video Cataloger works with Microsofts new operating system. Turns out it works pretty good straight out of the box. Sure, the user interface looks a bit borning without the aero look so I guess a skin would be nice. There is one minor issue that you can easily solve and that ill fix in future versions.

So, on to the issue and how to solve it. When playing videos, the videos for some reason opens up in a new window. Go to the preferences and the player settings. From there change the “video player to use” settings to just about anything but the default. 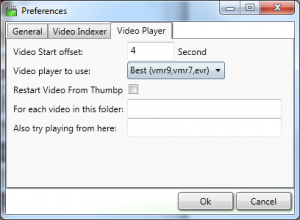